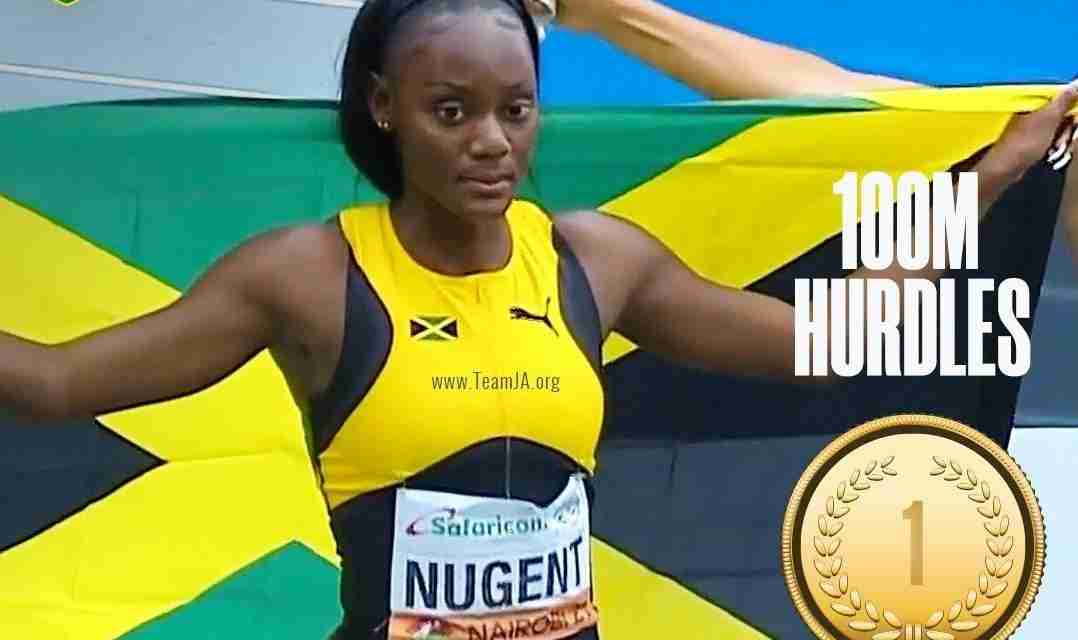 After four days of competition Jamaica sits at 4th on the medal table with 4 medals – 2-gold 1 silver and a bronze.

Ackera Nugent won gold in the women’s 100m hurdles in 12.95 seconds, her teammate Oneka Wilson did not start.

In the men’s 110 m hurdles Vashaun Vascianna picked up the silver in a personal best 13.25 seconds.

The event was won by Sasha Zhoya of France in world Athletics under-20 record of 12.72 seconds.

Meanwhile, Jamaica Biranna Lyston was disqualified from the women’s 200 metre finals due to a lane infringement.

Jamaica’s other starter in the race, Aalliyah Francis finished in seventh place.

Namibia’s Christine Mbomba won the race in a new world U20 record time of 21.84 seconds. Mbomba’s teammate Beatrice Masilingi won the silver in a personal best of 22.18 seconds.

Nigeria’s Favour Ofili set a new national record of 22.23 to win the bronze.