Johnson-Smith, Opposition Members Clash In Senate Over Fate Of J’cans Aboard Cruise Ship 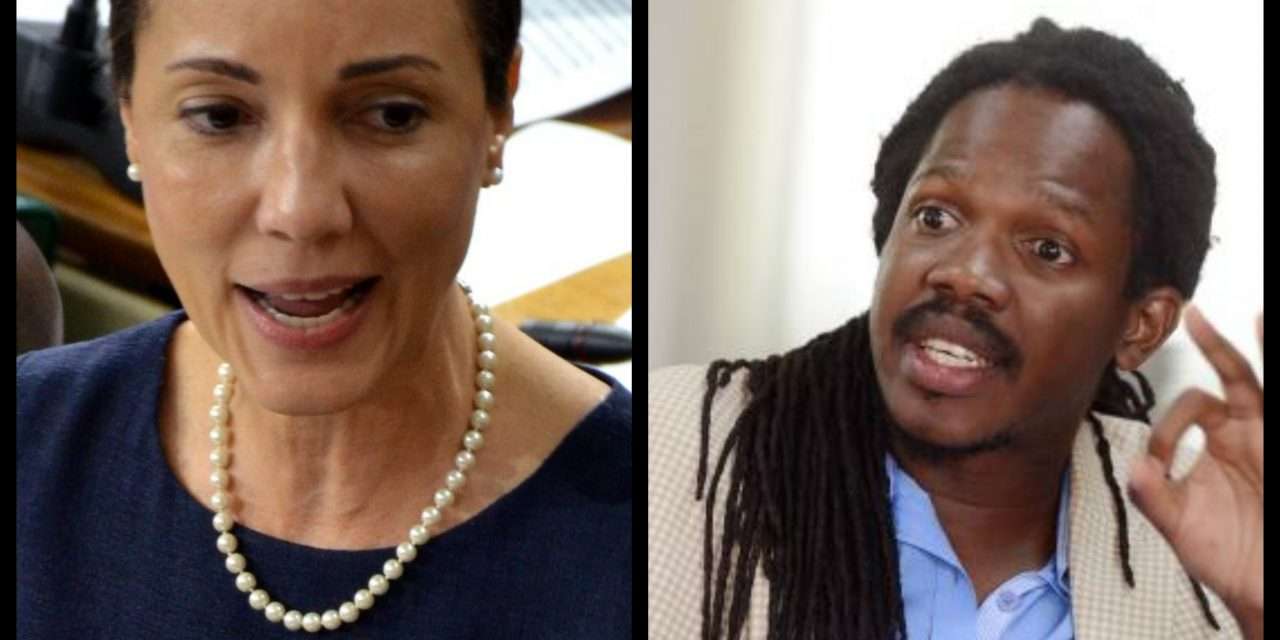 Tempers flared in the Upper House this afternoon as senators verbally sparred over the fate of recently returned Jamaicans aboard the Royale Caribbean cruise ship Adventure of the Seas.

The cruise ship carrying over one thousand Jamaicans docked at the Falmouth Pier on Tuesday.

Leader of Government Business in the Senate, Kamina Johnson-Smith, chastised the opposition members for their utterances regarding the Jamaican ship workers.

Things came to a head when Opposition Senator Damion Crawford questioned Foreign Affairs Minister, Senator Kamina Johnson-Smith, regarding the level of anxiety being felt by Jamaicans on ships at sea.

Mr. Crawford asked if the Minister was aware of people aboard vessels were committing suicide and deemed it unacceptable for her to defer to the Prime Minister to address the issue at a later date.

However, Senate President, Tom Tavares Finson, held that the Minister had already stated that the Prime Minister would address the issue and did not need to answer.

After the intervention from the Senate President, Minister Johnson-Smith accused the Opposition of mischief.

In response, Opposition Senator, Sophia Fraser-Binns, accused the Minister of imputing motive and demanded the statement be withdrawn.

However, the Senate President said that did not amount to a point of order and allowed the Minister to continue.

Mrs. Johnson Smith then continued to slam the opposition for its behaviour.

And, Opposition Senator Lambert Brown, slammed the government for what he sees as the unfair treatment of the media by the government.

Senator Brown says the barring of media at the nation’s air and seaports is bad for Jamaican democracy.

However, Government Senator Mathew Samuda, said his opposition counterpart is misleading the Senate and demanded the comment be withdrawn.

Meanwhile, Foreign Affairs Minister, Kamina Johnson-Smith, says a timeline for the remaining ships in queue to return stranded Jamaicans is being worked on.

However, she says to make an announcement now would be premature.

The Minister also says 50 per cent of those Jamaican ship workers stranded overseas will be home by Monday.

She was addressing the Senate this afternoon.