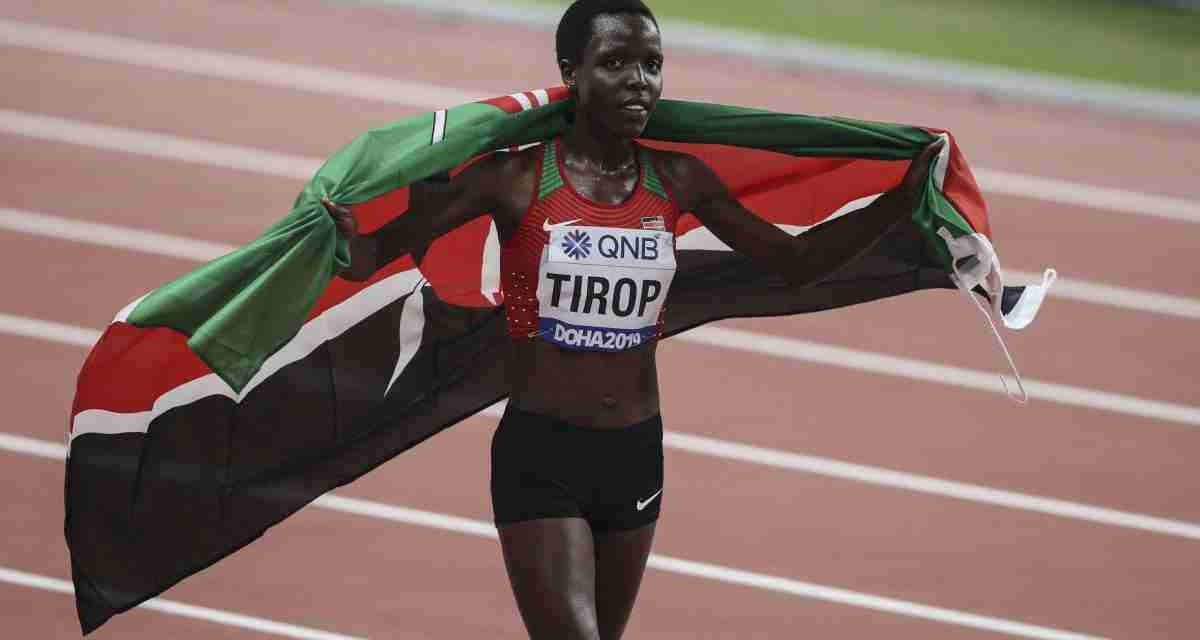 Kenyan world record holder Agnes Tirop has been found dead at her home in the western town of Iten, with police treating her husband as a suspect.

The two-time World Athletics Championships bronze medallist, who finished fourth in the Olympic 5,000-metres final two months ago, was 25.

Police say her husband has gone missing following her death.

This morning, crime scene investigators were at the house of Tirop, who police say was reported missing by her father on Tuesday night.

Head of police for the area, Tom Makori says when police got in the house, they found Tirop on the bed and there was a pool of blood on the floor.

He says they saw she had been stabbed in the neck, which led them to believe it was a knife wound, and we believe that is what caused her death.

Makori added that police believe that CCTV in the house may be able to help with their investigation.