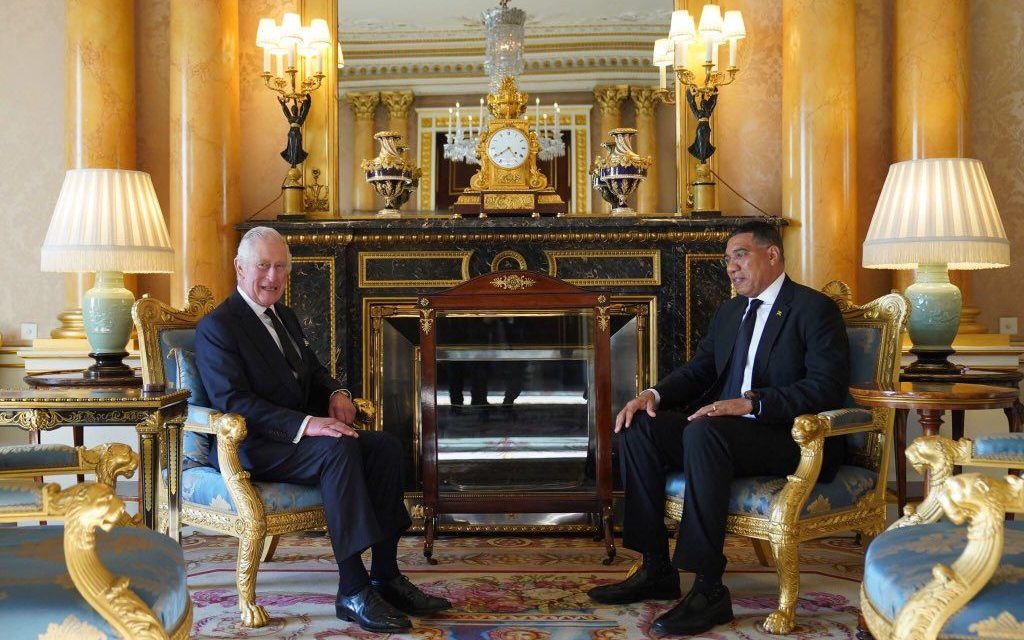 Holness was among five Commonwealth Prime Minister with whom King Charles held audience.

During the meeting, Prime Minister Holness told King Charles his mother was a wonderful person for whom Jamaicans have a deep love and respect.

The Royal Family’s YouTube Channel did not publish the rest of the conversation between King Charles and Prime Minister Holness.

Prime Minister Holness along with Governor General Sir Patrick Allen are in the United Kingdom ahead of the Queen’s funeral set for this Monday.

Bahamas’ Prime Minister Davis has indicated his country’s intention to put the issue of the monarch remaining head of state to a referendum.