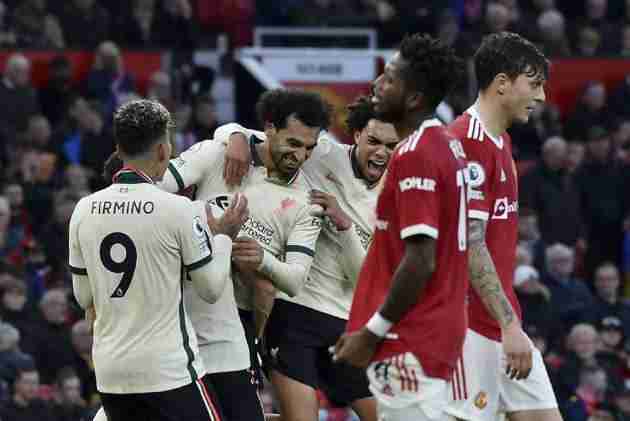 Mohammed Salah bagged a hat-trick for the Reds who got further goals from Naby Keïta and Diogo Jota.

Liverpool are now back up to second, a point behind leaders Chelsea.

In other games yesterday Reggae Boy Michail Antonio was on target as West Ham defeated Tottenham 1-0 in London and Leicester City defeated Brentford 2-1.