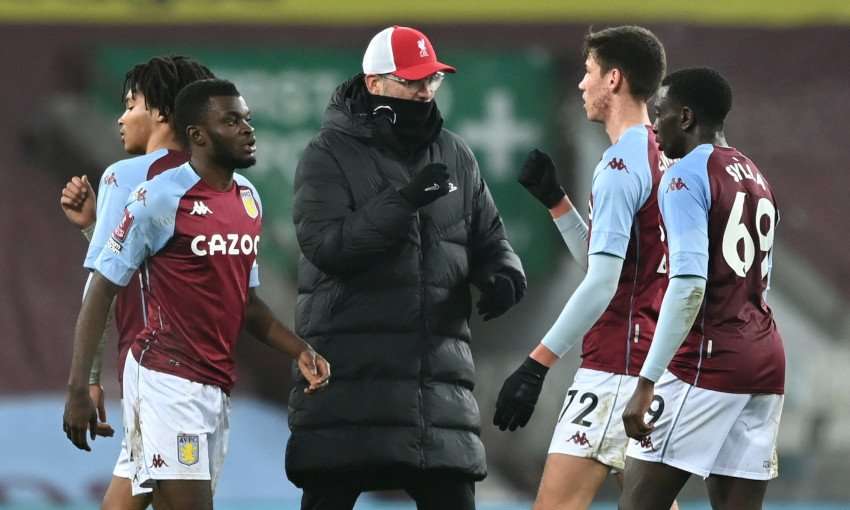 Liverpool did what was expected and beat Aston Villa’s youngsters 4-1 at Villa Park but the scoreline did not reflect the true story of the game.

Three second half goals were needed from Jurgen Klopp’s side to progress to the fourth round of the FA Cup after surprisingly finding themselves level at the break.

The entire Villa first-team squad were ruled out of the match due to a severe coronavirus outbreak.

The club’s academy players had to step in to ensure the game could go ahead and faced a strong Reds team.

Sadio Mane opened the scoring after just four minutes and it seemed as though the young Villa side would be in for a long night.

Their one real chance of the first half fell to former Barcelona youngster Louie Barry and he grabbed it with both hands.

Liverpool made no mistake in the second half scoring three times to put the game to bed.

Georginio Wijnaldum restored Liverpool’s lead on the hour when he found the bottom corner from the edge of the box.

Two minutes later Mane made it 3-1 and Salah then found the bottom corner after 65 minutes, making it four for Liverpool in a matter of minutes as the Villa players tired.

In the other result, Wolverhampton clipped Crystal Palace 1-0.