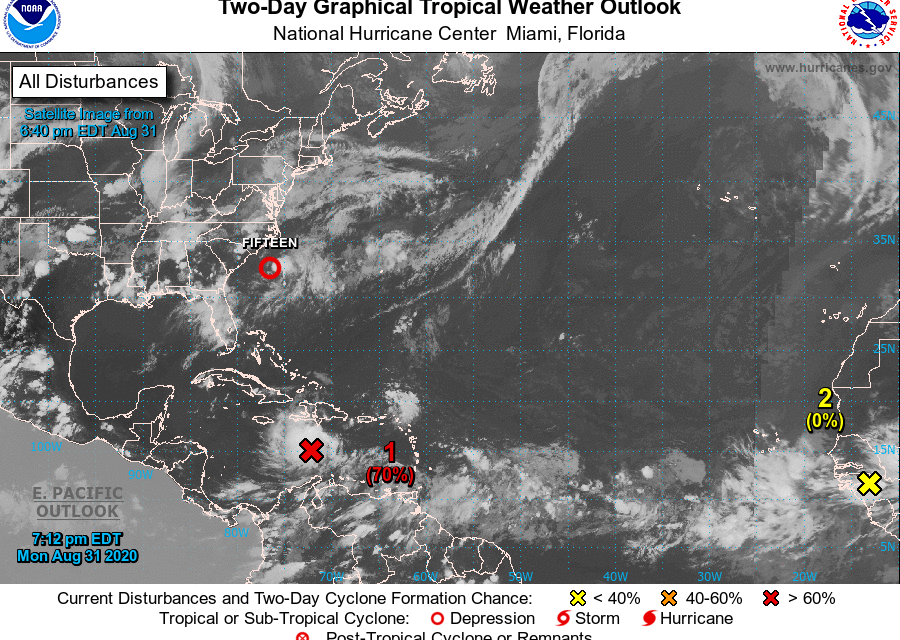 The Met Office is predicting a partly cloudy General Elections Day for Jamaicans on Thursday with a possibility of isolated showers.

The forecast comes on the heels of forecasters warning of increased rainfall across Jamaica Tuesday and Wednesday.

Earlier today, the Met Office says the active Tropical Wave moving through the central Caribbean this week will pass largely south of Jamaica; however, showers, thunderstorms and gusty winds are expected to impact the island starting on Tuesday and continuing on Wednesday.

The Met Office says the system could become a Tropical Depression by later this week as it moves westward and south of Jamaica.

The current projections are for periods of showers and thunderstorms, which could be heavy at times, to affect sections of most parishes on Tuesday and Wednesday.

The office notes the rains could linger into General Elections Day on Thursday.

Fishers and other marine operators are urged to exercise caution as sea conditions are expected to deteriorate in the vicinity of showers and thunderstorms during this time.

The Meteorological Service continues to closely monitor the situation.