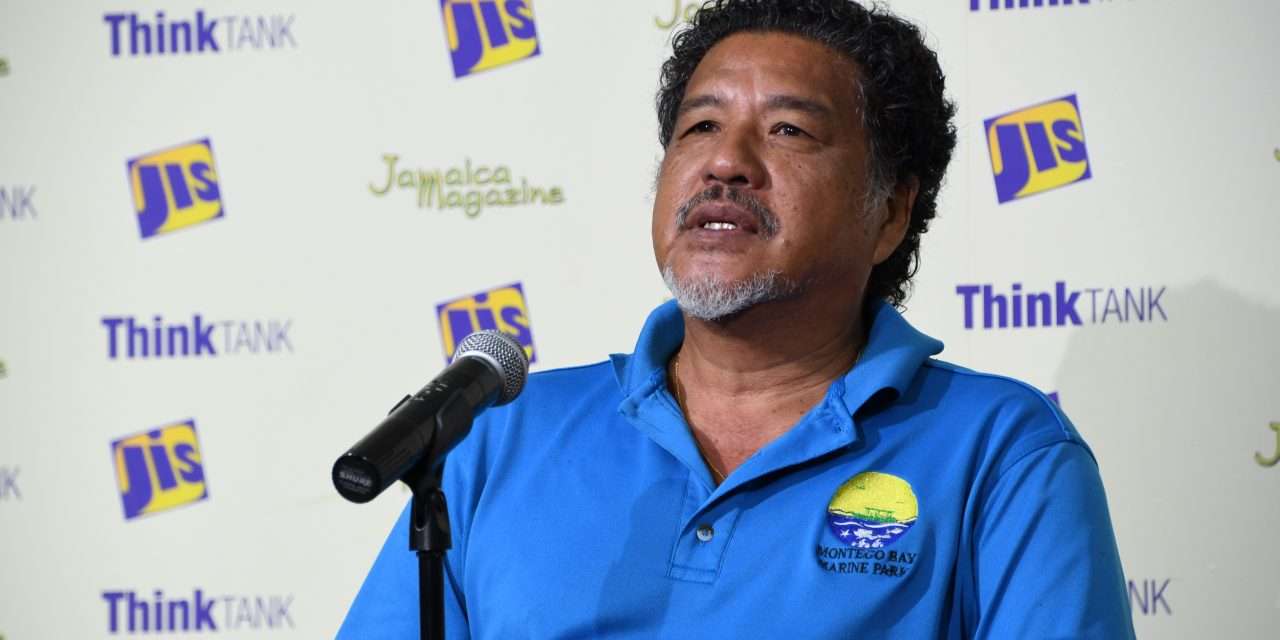 Executive Director of the Montego Bay Marine Park Trust in St. James, Hugh Shim, is extending invitation for grant support for the Trust’s marine initiatives, vital to the conservation and restoration of coastal resources.

Mr. Shim was addressing a JIS Think Tank at the Agency’s Regional Office in Montego Bay, St. James this week.

He says funding is currently needed for the reinstallation of an ocean litter containment boom to trap floating debris that enters the sea from the South Gully in Montego Bay.

He explained that the boom was there some years ago through support from the Jamaica Environment Trust Clean Coast Project and was instrumental in the containment of Styrofoam as well as plastic straws, plastic bottles and other garbage.

He, however, noted that the project was discontinued in 2018 and it was largely due to funding.

Mr. Shim says the most difficult part of that job is to get somebody to collect the garbage to clear it off the boom.

Expressing the need for funding, he says all manner of stuff comes down in the gully and at the time, it was about 1-point-5 million per year to cleat the boom.

He stated that currently, there is a similar project in the Kingston Harbour that has an even superior collection system.

He noted that Montego Bay needs two such booms, but major support is required.