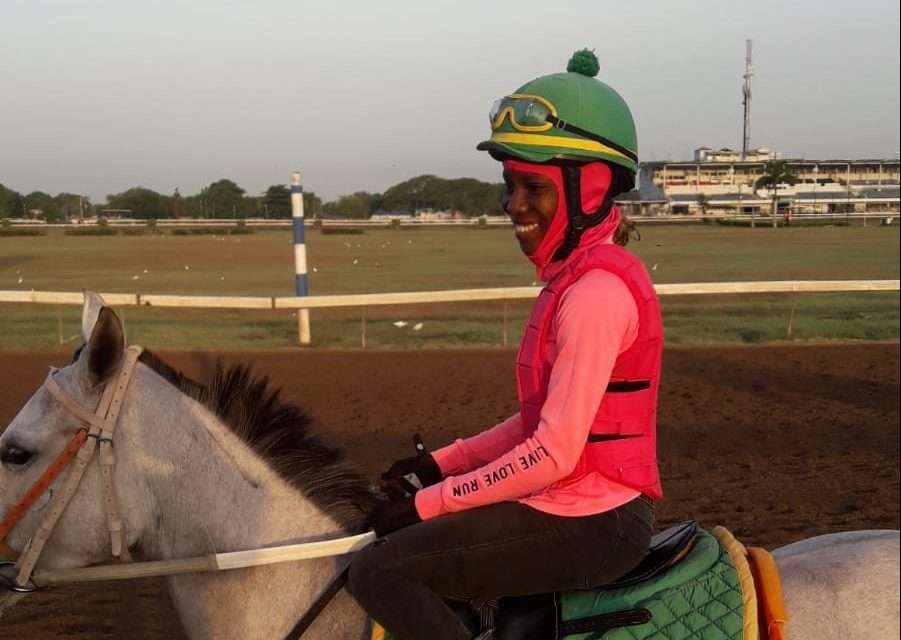 After hearing the appeal of female jockey Natalie Berger, the Jamaica Racing commission, JRC, upheld the decision of the stewards that she be suspended for three race days.

The hearing was concerning the interference and intimidation caused to horses “Roy Rogers” and “Another Bullet”, during the running of the ninth race, whilst aboard her mount “Ras Emanuel” leaving the 1000-meter point of the race.

The decision was made after carefully reviewing the film of the October 26, 2021 race and submissions made by Edward Barnes, representative of Berger, and the Jamaica Racing Commission’s Operations Steward.

Her suspension will start May 28.

This was after investigations into an altercation between both Mullings and Mr. Hibbert which took place on November 1, 2021.

And the JRC recommended that Jockey Daniel Thompson serve a 4-race day suspension and a further 21 race ban be suspended be suspended for 6-month.

They also recommend that further counselling be sought from Father Collier by Thompson for his anger management .

Thompson was before the group in regards to the improper use of whip after he was seen striking his horse :RHEA’S LIL BRO” twice on the head and neck post-race on January 1, 2021.