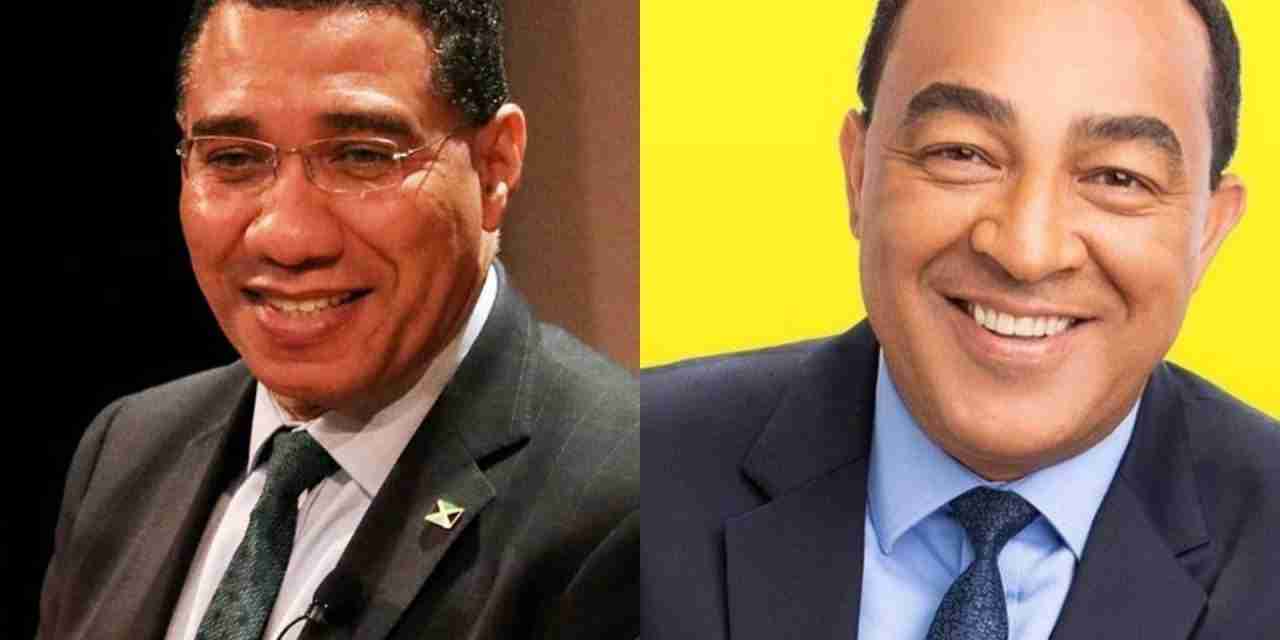 A majority of Jamaicans believe Prime Minister Andrew Holness and his Health Minister, Dr. Christopher Tufton, are the best performing ministers of government.

Shadow Minister of Foreign Affairs Lisa Hanna, and Opposition Leader, Mark Golding, are identified as the best performing members of the Shadow Cabinet.

That’s the finding of the Nationwide Bluedot poll conducted last month between August 14 and 30 among 1500 Jamaicans.

The Prime Minister and Health Minister are way ahead of their colleagues in terms of those as the best performing ministers. 32-percent or 1 in every three persons said Holness is the best.

While 25-percent or 1 in every 4 persons named Tufton as the best performing Minister.

They were trailed by Finance Minister, Dr. Nigel Clarke, in third with 7-percent.

Tied in fourth, were Education and Local Government Ministers, Fayval Williams and Desmond McKenzie, with 5-percent each.

Lisa Hanna led the ratings on the opposition side.

21-percent of those surveyed said she’s the best-performing shadow minister.

Well ahead of the Opposition Leader, Mark Golding, with 14-percent.

They were followed by Dr. Angela Brown Burke, who’s the shadow minister of Education, with 12-percent, shadow minister of Finance, Julian Robinson, was next with 11-percent, and Damion Crawford, who speaks on Culture and Entertainment, with 10-percent.

Each of them was identified as the worst performers by 12-percent of those polled by Bluedot.

They were followed by Technology Minister, Daryl Vaz, with 11-percent, and Justice Minister, Delroy Chuck, with 9-percent.

Those topping the list as the worst-performing shadow ministers are, its spokesman on Health, Dr. Morais Guy, with 11-percent, Dr. Brown-Burke, and Lisa Hanna, with 10-percent each.

Julian Robinson and Damion Crawford also made the opposition’s worst-performing list with 8-percent each.

The Bluedot pollsters say Health Minister, Chris Tufton and Prime Minister Holness remain the most like or respected political figures, with 4 of every ten persons expressing positive sentiments of them.

They noted that Dr. Tufton had fewer detractors than Holness.

44-percent of those surveyed were positive about the Health Minister as against 43-percent for the Prime Minister.

16-percent had a negative view of the Prime Minister as against 12-percent of Tufton.

The Bluedot pollsters noted that the Opposition Leader, Mark Golding, is not the most admired PNP political figure.

That honour belongs to Lisa Hanna, followed by Damion Crawford. However, both Hanna and Tufton trail far behind Tufton and Holness.

The Nationwide Bluedot poll was conducted among Jamaicans 18 years and older cross the island. It had a margin of error of 2-point-5-percent.