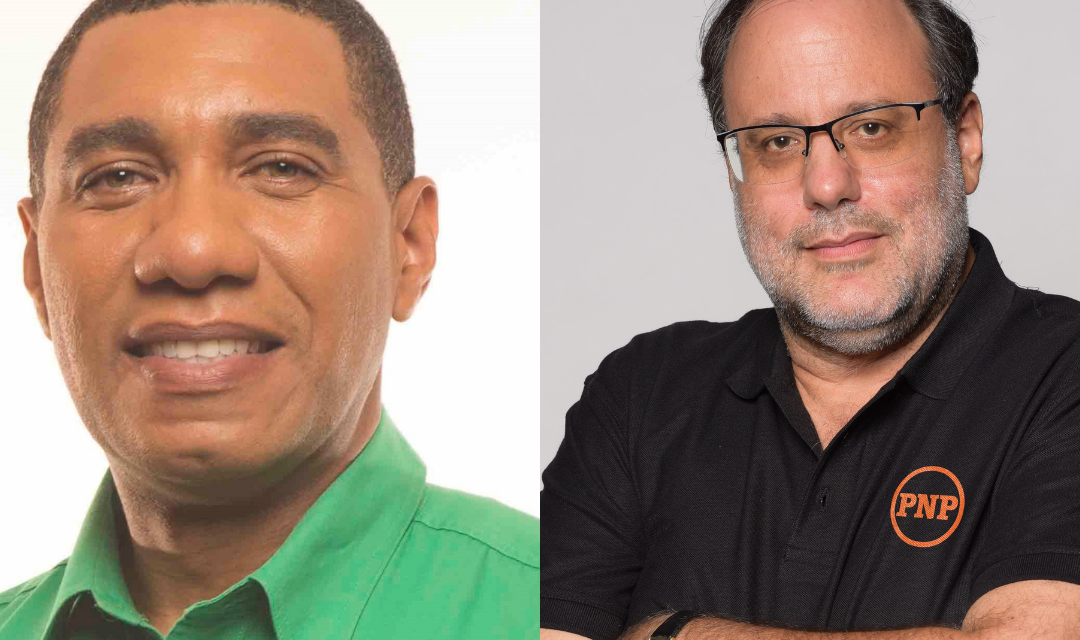 But the Prime Minister’s favorability ratings have noticeably declined over the past year.

And Mark Golding’s ratings are significantly poorer than the man he succeeded as PNP President, Dr. Peter Phillips.

That’s the finding of the Nationwide/Bluedot Poll conducted last month among 1,500 Jamaicans 18-years-and-older between August 14 and 30.

A big majority of Jamaicans believe Prime Minister Andrew Holness is doing an excellent or good job of running the country.

Jamaicans were asked, on a scale of zero to 10, with zero being extremely poor and 10 being exceptional, how would rate the performance of Andrew Holness as Prime Minister and Mark Golding as Opposition Leader.

That’s a total of 59 per cent who rated Holness as either excellent or good, more than twice the 24 per cent rating for Golding.

Thirty-two per cent rated the Opposition Leader as okay. As against 18 per cent who said Holness was also doing ok.

Forty-four per cent of those polled rated the Opposition Leader as either terrible or bad compared to 23 per cent who did so for the Prime Minister.

Overall, 59 per cent approved of the performance of Prime Minister Holness, compared to 24 per cent for Mark Golding.

Interestingly, on this score, Golding is faring worse than his predecessor, Dr. Peter Phillips.

Last year, Phillips had a performance approval rating of 37 per cent.

Golding is at 24 per cent. 13 percentage points fewer than Phillips.

Last year the Prime Minister enjoyed an approval rating of 70 per cent. That’s down to 59 per cent.

Positive sentiments about Andrew Holness are also down significantly, from 61 per cent to 43 per cent.

But Mark Golding is not polling any better when compared to Peter Phillips a year ago.

Then 27 per cent had positive views of Dr. Phillips. Golding is at only 20 per cent.

However, negative views about Mark Golding are only half what they were of Phillips. Thirty per cent viewed Dr. Phillips negatively one year ago as against 15 per cent now for Golding.

Holness also outscores Mark Golding on people’s perceptions of his ability to manage the economy, crime and corruption.

But on all three points the Prime Minister’s ratings have declined.

On managing the economy, he’s down 7 percentage points when compared to last year, he’s down 20-points on confidence in his ability to manage crime and 8-points in managing corruption.

On all three issues, Golding is well behind Holness and where Dr. Phillips was a year ago.

The Nationwide/Bluedot Poll has a margin of error of 2.5 per cent.