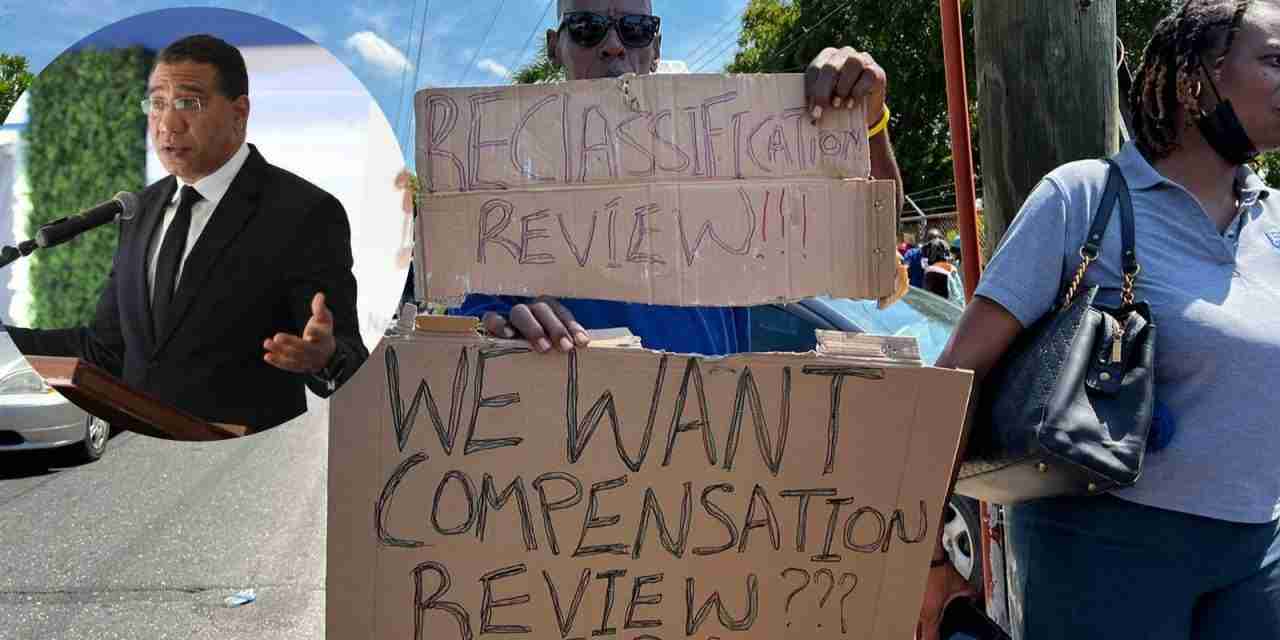 Prime Minister Andrew Holness, urged workers of the National Water Commission to go back to work as the country’s supply of the precious commodity is disrupted for a second day.

The prime minister says negotiations are under way to resolve many of their legitimate concerns.

However, speaking at a Ministry of Economic Growth and Jobs Creation retreat in Trelawny Wednesday morning, the prime minister says the country is in a delicate position and cannot afford further disruption.

The prime minister says it’s in the best interest of Jamaicans to get water flowing through their taps once again.

As the country enters day two of the ongoing strike the lives of thousands of Jamaicans have been disrupted. Not only the average citizen but schools and businesses are also affected.

Mr. Holness while acknowledging the difficulties faced by the workers, called on them not to prolong the strike.

The employees are protesting for what they say are outstanding reclassification monies owed to them. They are in negotiations with the government and the Commission in order  to secure a way forward.

The prime minister says he’s called on the attorney general to assist in ironing out the legalities surrounding the status of NWC workers.

Mr. Holness is pleading with the workers not to jeopardise Jamaica’s economic recovery at a time when the country is exiting one of the most difficult periods in its history.