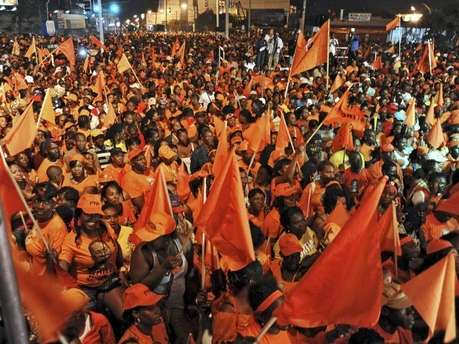 The PNP is reiterating that it’s not concerned about polls that suggest its campaign is based on corruption scandals.

Party President, Dr. Peter Phillips, says the Jamaica Labour Party has not accounted for $14-billion worth of resources.

But, the PNP says corruption scandals that exist in the government will not be the focus of their campaign.

PNP Vice President, Damion Crawford, says people should revisit their morality if they no longer consider corruption an issue.

Shadow Justice Minister, Donna Scott Mottley, says while corruption is not the primary focus of PNP’s campaign, it forms part of it because the issue of wasting government funds must be addressed.

Donna Scott Mottley, Opposition Spokesperson on Justice, speaking with Nationwide News at the PNP’s Candidates and Campaign Manager’s Meeting at the University of the West Indies, Mona campus.