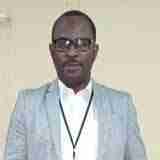 The Chairman of the Police Federation, Corporal Rohan James, is defending incendiary comments he made recently against the government in a growing salary dispute with the Holness administration.

He made the comments on Friday during a commemorative service in Kingston to honour the memory of those fallen in the line of duty.

The Police Federation head says the police are suffering under what he calls, “an uncaring” government incapable of even maintaining the dignity of the members of the constabulary.

The Police Federation Chairman is rejecting the government’s offer for a four per cent wage increase in the strongest terms.

Corporal James’ comments on Friday have raised concerns due to their inherently violent connotations.

However, the unapologetic policeman today sought to put the comments in context.

He says even in death members of the JCF remain without dignity and sympathy.

The country is once again under States of Public Emergency in sections of Western Jamaica and the Corporate Area.

However, the police federation say the police are demoralized and lack resources to undertake their duties.

Corporal James says his call to address these issues has fallen on deaf ears.

He says the government must unshackle the hands of the police so they can rise to the challenge of addressing crime.