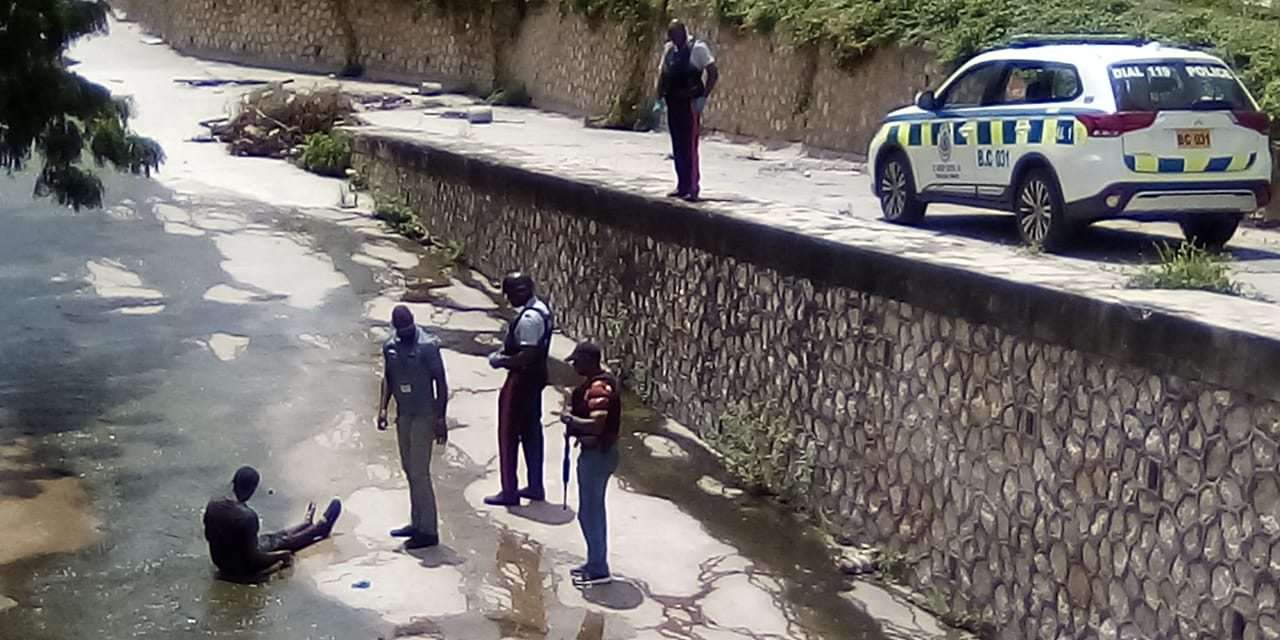 The Police have launched a man hunt for the criminals who abducted and robbed a man before dumping him in a gully near East Kings House Road in the Corporate Area on the weekend.

People in the area had heard gunshots and later the man screaming for help, and called the Police.

The man, in his early 20s was found with his hands bound and his mouth stuffed with a piece of cloth.