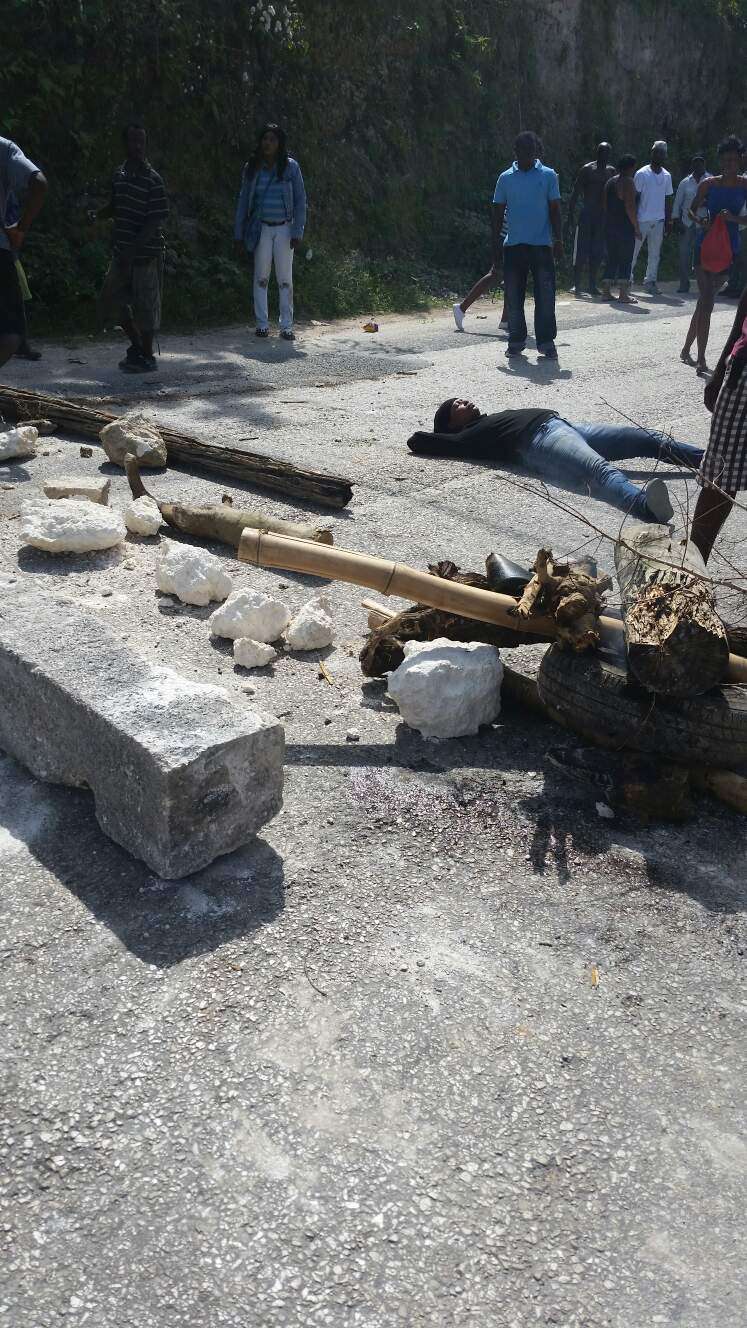 The Police have summoned backup to restore calm to the area.

Several sections of the Negril main road from Little London are being blocked by trees.

Cane fields have also been set on fire.

The residents are reportedly angry at what they say is the beating of a motorcyclist, 23-year-old Kamar Powell, of Delve Land in Westmoreland.

Commanding officer for the Westmoreland Police, Beau Rigabie say back-up has been summoned as the security forces are moving to restore calm.

Superintendent Rigabie gave the Police’s side of the story, regarding how Powell died.

According to the Superintendent, the residents are also upset at a general move by the Police to clamp down on illegality.