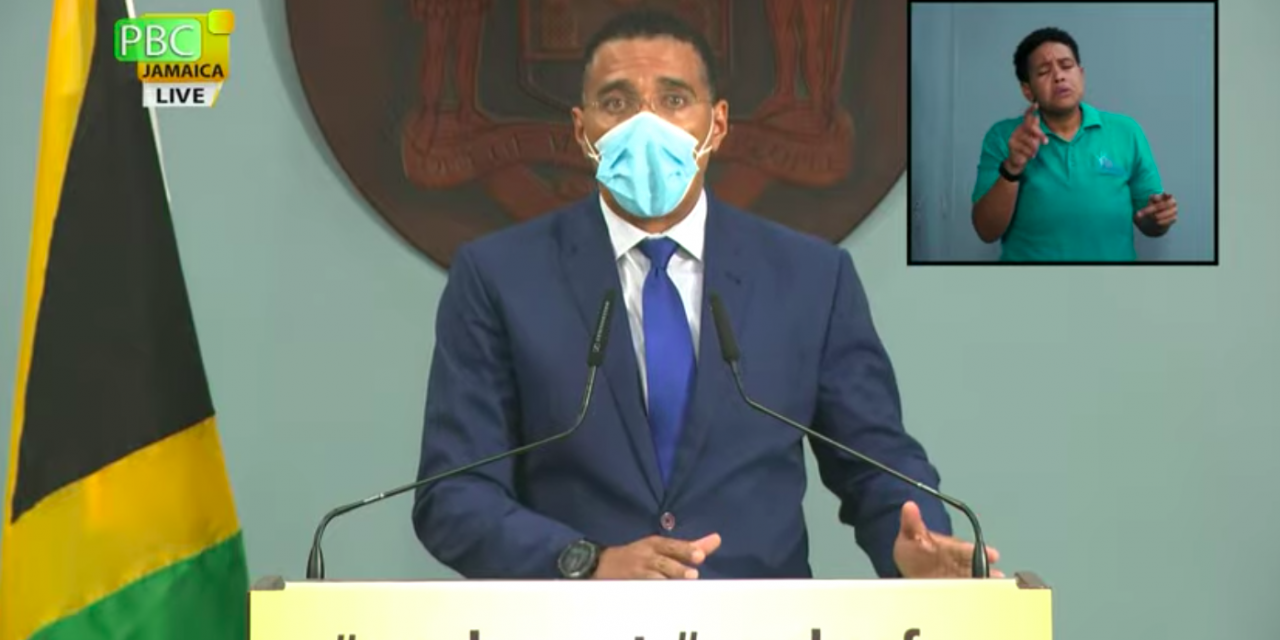 Prime Minister Andrew Holness on Monday evening announced tighter curfew measures and warned that the restrictions could become even tighter in the coming month.

In making the announcement the Prime Minister told the country that the warning signs were flashing red and the government had to act.

Effective tonight, Jamaicans will be required to be inside their homes earlier than perhaps many would have wanted.

The 11 p.m. nightly curfew has been abandoned.

Businesses are being encouraged to close one hour ahead of the curfew time to allow employees to make their way home.

The new curfew hours will also apply to Emancipation and Independence Day holidays to be celebrated on Monday, August 2, and Friday, August 6 respectively.

The Prime Minister has reduced the gathering capacity limits for places of worship, gyms, restaurants and bars.

Prime Minister Holness says the new measures which will be revisited in early August, could just be the start.

The Prime Minister rebuffed criticisms he was wrong to relax the measures in late June.

He’s also describing as dangerous, the idea of the government restricting the movement of citizens in a democratic state.

Prime Minister Holness says the re-crafted protocols, which allowed greater movement, were announced with an understanding.

He says it was always intended to intervene if the rate of infection increased.