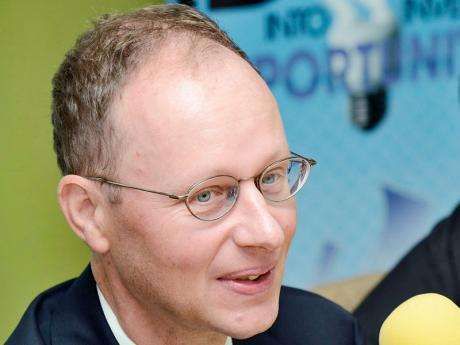 Jamaica will again be running a fiscal deficit, if it reduces the primary surplus target under the four year Extended Fund Facility Programme with the IMF.

That’s according to the IMF Resident Representative in the island, Dr. Bert Van Selm.

The Opposition JLP along with business leaders, trade unionists and academics, have called on the IMF to reduce the target, saying it’s too burdensome.

But Dr. Van Selm says it’s the only way to reduce the debt.

The primary surplus is the amount of money government has left over after paying all its bills.

However, it doesn’t include interest payments on debt.

Under the current IMF programme, the primary surplus is 7-point-5 percent.

That’s the percentage of the money government collects in taxes, that it shouldn’t spend.

Many say it’s too high, arguing government needs some of that money to run the country.

But speaking on Nationwide This Morning, Dr. Van Selm says it’s the only way to get Jamaica out of its cycle of debt.

That’s because Jamaica spends between 7 and 8-percent of GDP each year on interest payments.

So, a 7-and-a-half percent primary surplus serves to balance the sums.

Dr. Van Selm says if the government reduces the surplus, the debt will start to increase.

He says the reduction in the debt to GDP ratio is proof that the programme has been working.