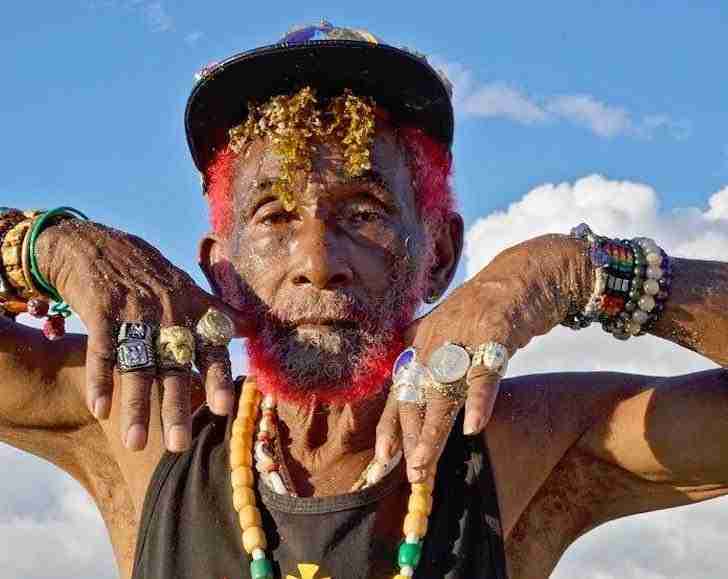 He died on Sunday morning at the Noel Holmes Hospital in western Jamaica.

He had been battling illness. Perry was 85 years old.

Lee ‘Scratch’ Perry is a Jamaican record producer and singer noted for his innovative studio techniques and production style.

He was born Rainford Hugh Perry in March 1936.

Perry was a pioneer in the 1970s development of dub music with his early adoption of remixing and studio effects to create new instrumental or vocal versions of existing reggae tracks.

He has worked with and produced for a wide variety of artistes, including Bob Marley and the Wailers, Junior Murvin, the Congos, Max Romeo, the Beastie Boys and the Orb.

He’s the recepient of a national honour, the Order of Distinction at the rank of Officer.

He is known for songs including Dreadlocks in Moonlight, Curly Locks, City Too Hot and I Am A Mad Man.

Perry is regarded as one of the most important creative musical figures of his time.

He has produced more than 1-thousand recordings during his over 60-year career, including some of Bob Marley and the Wailers’ most famous early recordings.

Those recordings include the Soul Rebel and Soul Revolution albums.

Perry also had a hand in the production of Marley and the Wailers hit singles, Small Axe, Duppy Conqueror, Jah Live, Punky Reggae Party, and Rastaman Live Up.

Perry, who hails from Kendal in Hanover, had lived in Switzerland for several years.

He was known as one of the most eccentric but talented music pioneers to emerge out of Jamaica.