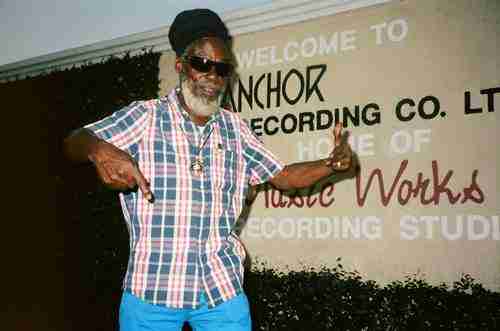 Nationwide News understands that one of the members of the legendary reggae group, Mighty Diamonds, was shot and killed during an incident on McKinley Crescent in St Andrew, last night.

Two men and one woman are being treated for gun shot wounds.

Reggae group, the Mighty Diamonds, have lost one of its members.

Tabby Diamond is one of two people who were shot and killed on McKinley Crescent. Shaw was 67-years-old. It’s understood the second man who died is a relative of Shaw.

Preliminary reports indicate three other people were shot and injured during the incident.

Residents say an unknown vehicle was seen driving in a suspicious manner in the community. It’s understood that men alighted from the vehicle before walking up to a gathering and opening fire.

The group was reportedly sitting in front of Shaw’s home, an area described as a regular spot for socialising.

Reports are Shaw was struck several times including in the face.

He was taken to the hospital where he was pronounced dead.

Sources believe Shaw may have been the target of the attack. According to Nationwide sources, one of Shaw’s close relatives has reportedly been involved in several recent shooting incidents in the community.

Reports are the man, who’s described as a major violence producer in and around the McKinley Crescent community, is in police custody.

The St Andrew South Police have increased their presence in the community in an attempt at preventing reprisal attacks.

Shaw is one third of the Mighty Diamonds. The group was formed in 1969. Over the years the members of the group had the ‘Diamond’ added to their names.

Lloyd ‘Judge’ Ferguson and Fitzroy ‘Bunny’ Simpson are the remaining members of the reggae trio.

The group was bestowed the Order of Distinction in the Officer Class in 2021.

The Mighty Diamonds got their big break in 1976 when they released the studio album, Right Time.

The group is also known for classic songs Pass the Kutchie and I Need a Roof.