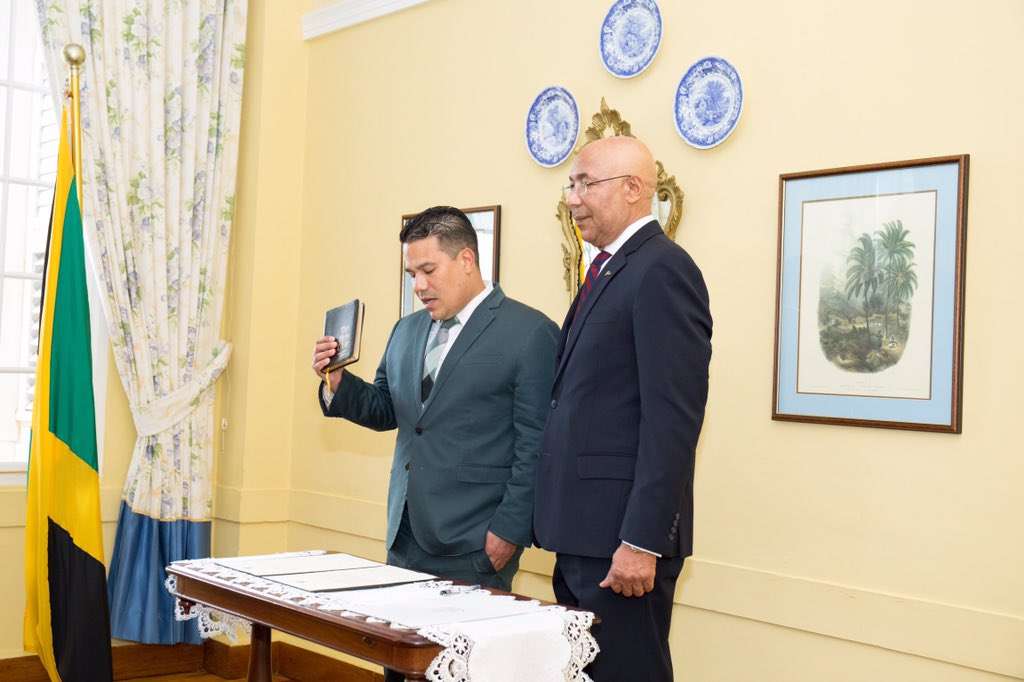 Samuda as Minister without portfolio in the Ministry of National Security.
At 35, Samuda is the youngest Minister in the Cabinet.

The Constitutional requirement for at least two Senators to serve in the Cabinet arose last week when Pearnel Charles Junior resigned from the Upper House to contest the upcoming South East Clarendon by-election.

Minister Charles Jr’s departure left only one Minister, Senator Kamina Johnson-Smith, in the Cabinet from the Upper House.

Senator Samuda’s pioneering work led to the implementation of the plastic and styro-foam ban which was recently passed into law following a private member’s motion he had tabled in the Senate.

Mr. Samuda is a graduate of Campion College and a former G2K President.

He has served as Deputy Marketing Manager of Facey Commodity, which is a part of the PB Scott-led Mussons Group of Companies.