The Donald Trump Presidency Has Come to an End 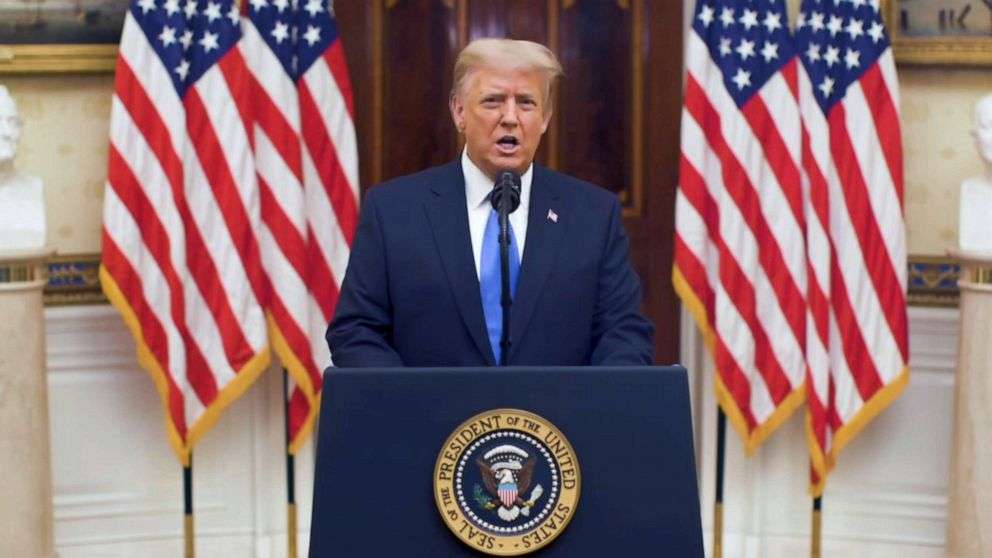 Donald Trump’s term as President of the United States has come to an end.

As required by the US Constitution, presidential power passed to Joseph Biden a short while ago.

Trump departed the White House shortly after 8:30 this morning accompanied by his wife, the former First Lady, Melania Trump.

The former President flew to Andrews Airforce base where he delivered remarks to a small waiting crowd.

Speaking without a teleprompter, the former President touted what he describes as successes on military expansion and safeguarding US veteran benefits.

The President says his was not a regular administration.

While medical experts have criticized the roll out of the vaccine in the US, the former President characterized his handling of the vaccination effort as a medical miracle.

Before boarding AirForce One for the last time, the former President vowed that he would be back in some form.

To chants of “Thank you Trump”, the President took to the skies and departed for his estate in Florida, ending one of the darkest eras in American presidential history.

Meanwhile, in brief remarks, former First Lady of the United States, Melania Trump, thanked the American people for their support.