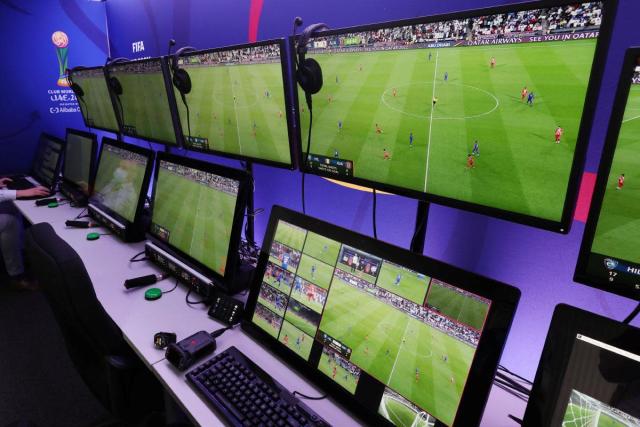 UEFA has announced that it will start using the new Semi-Automated Offside Technology (SAOT), from the Champions League group stage this season.

It will also be in place for the UEFA Super Cup when Real Madrid play Eintracht Frankfurt on August 10, with English Premier League referee Michael Oliver appointed to the game.

The Artificial Intelligence (AI)-based system will replace the VARs manually linking lines across the pitch to players and selecting when the ball has been kicked. It is intended to make decisions quicker and more accurate while also providing improved visualisation for fans.

A sensor will be placed in the centre of match ball, recording data 500 times a second to detect when the ball has been kicked. All players will be mapped to create an AI model of their position — a similar method to goal-line technology.

The time needed to make a VAR offside decision should be reduced from an average of 70 seconds to 25, while fans inside the stadiums and viewers watching on television will be provided with a 3D animation to clearly show the offside.

FIFA announced on July 1 that the technology had been approved for use and it was expected that World Cup would be the first major competition that would feature it.