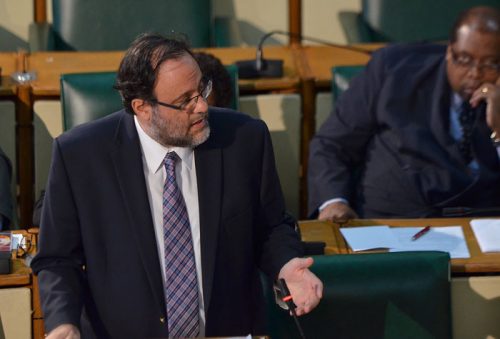 Opposition Leader, Mark Golding, is criticising the slow pace of constitutional reform in the country’s 60th year of independence.

He’s particularly displeased that the government has yet to begin the process of removing the Queen as Head of State and accepting the appellate jurisdiction of the Caribbean Court of Justice, CCJ.

He says the delay in removing the Queen is unacceptable.

Mr. Golding made the comments while addressing a recent meeting of his party’s National Executive Committee at the University of the West Indies.

The Opposition Leader is calling for the bill to begin the process to remove the Queen to be tabled and debated without further delay.

Golding says the government’s delay on acceding to the appellate jurisdiction of the Caribbean Court of Justice continues to be an area of concern.

The Opposition Leader noted that Jamaica has already paid for the Court, but is not using its full services.

He notes the regional court has proven itself over the years.