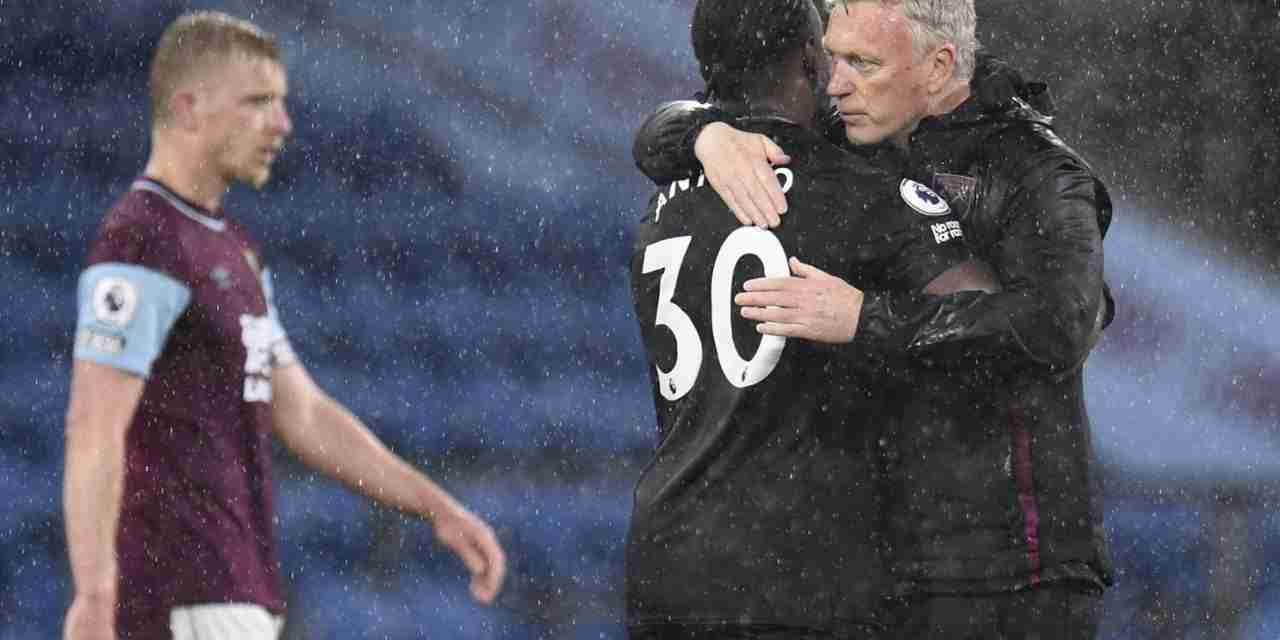 The result ensures the Hammers remain three points behind fourth-placed Chelsea with four games to play.

David Moyes’ side fell behind thanks to a 17th-minute Chris Wood penalty after the Burnley striker had been fouled by Tomas Soucek inside the box.

But they found themselves level just two minutes later when Antonio, who was making his first start in four matches since recovering from a hamstring injury, headed in Vladimir Coufal’s cross.

And West Ham took the lead just a minute before the half-hour mark as Antonio poked in Said Benrahma’s cross.

Meanwhile, Wolverhampton Wonders drew 1-1 with local rivals West Brom – with 18-year-old Fabio Silva putting the visitors in front in the first half.

It was hardly a strike that will live long in the Portuguese’s memory, requiring a huge slice of luck as Kyle Bartley cleared the ball against him before it looped up and over Sam Johnstone.