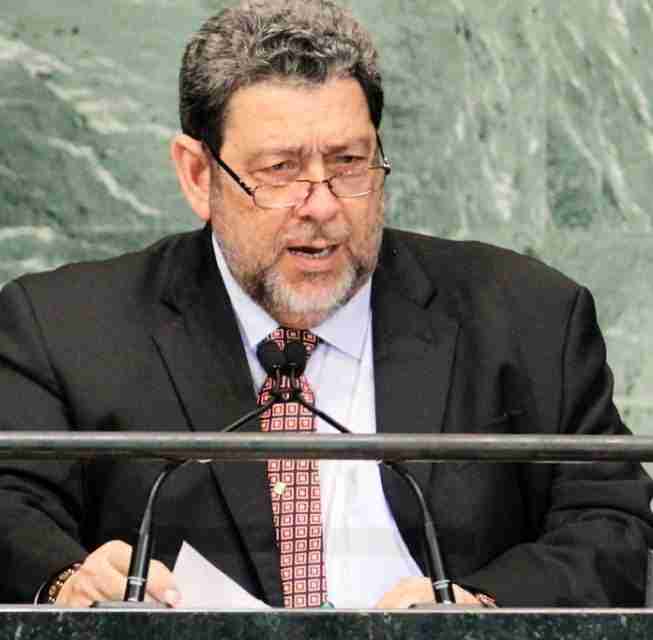 Reports emerging from the region are that St. Vincent and Grenadines Prime Minister, Dr. Ralph Gonsalves, is receiving treatment after he was injured by an object thrown by a protester.

There are major protests in St. Vincent against the amendments to the public health bill and mandatory vaccination.

Gonsalves was reportedly on his way back to Parliament when he was hit by an object.

He was reportedly seen bleeding from the head.

Sion Marshall is the Prime Minister’s Press Secretary and he spoke with Nationwide News.

Preliminary reports are Dr. Gonsalves’ external injury does not appear to be major.

Police in riot gear are currently attempting to control protesters on the streets of Kingstown.

Mr. Marshall says the police tried desperately to restrain the crowd he describes as mob-like.

Sion Marshall, Prime Minister’s Press Secretary in the St. Vincent and the Grenadines.

Additional reports emerging from St. Vincent are that the protesters breached barriers intended to keep uninvited guests away from the Parliamentary building.